Vampire, Werewolf, and Human: In this age of darkness, these three factions wage a bloody war for dominance and survival. Chose the faction that you want to embrace.
Download APK
4.2/5 Votes: 18,284
Report
Developer
Gameloft SEUpdated
January 31, 2022Size
98MVersion
1.5.0Requirements
5.0 and upGet it on

Vampire, Werewolf, and Human: In this age of darkness, these three factions wage a bloody war for dominance and survival. Chose the faction that you want to embrace.

Heroes of the Dark (HotD) is an online game set in a grim Victorian world full of lands to explore, mysteries to uncover, and monsters to vanquish. But to do this you must recruit and train heroes of darkness from each faction – for only one who can master their combined magic and might in 5v5 battle can prevent the darkest of fates from befalling the land of Tenebris.

You will begin your strategy RPG adventure from within a gothic mansion, filled with dark magic waiting to be unlocked. As your power grows, you can expand your mansion to allow more heroes of darkness to unite from the Human, Werewolf and Vampire factions. But you must also upgrade its defenses to ward off invaders as you launch campaigns of conquest far and wide!

It is not enough to simply amass great heroes to your side. HotD offers a deep level of strategy as you form teams for fast-paced 5v5 battle, utilizing dozens of unique Werewolf, Human, and Vampire heroes. Discover synergies between your heroes of darkness and their classes to outwit enemies and unleash unspeakable magic and devastation!
A Living Online Game

The action never stops in HotD! Because this is a real time online game, your might grows and the world evolves even as you sleep. You can send heroes to explore a dungeon now, and check back later to see what treasures they’ve found. And be sure to watch your allies’ backs to fend off unexpected attacks.
– Friends & Allies –

As you forge mighty alliances with other HotD players, you can wage all-out alliance wars, vanquish your rivals in 5v5 battle, and rise to legendary renown. By working together, you can even claim whole regions, capture magic Crystals, and ultimately assault the Heart of Tenebris – the key to total domination of this online game.
– A Tale of Bloody War & Forbidden Magic –

When the moon shattered, its shards rained upon the world, granting the Werewolves untold strength. So the Vampires fled to Tenebris, bending it to their self-righteous will. But the Humans they rule have forged great technology in hopes of overthrowing their masters, just as the Werewolves have tracked the Vampires to this new land…
Despite this, all three will need to unite to stop an even greater threat, as an arcane weapon threatens to decimate all the living and undead from the world.

[Quality-of-Life Changes]
- Leaderboards: Keep track of how you and your Guild rank against other players
- Smarter and faster ways to find resources: Tap on them in your Hero menu for details on how to obtain them
- Loading tips
- Bug fixes 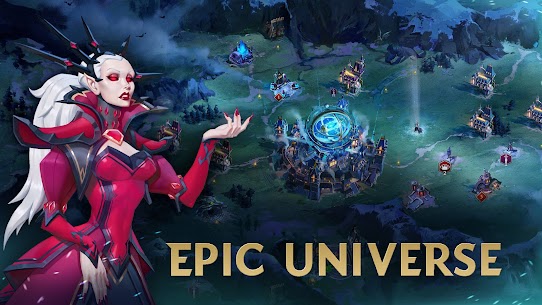 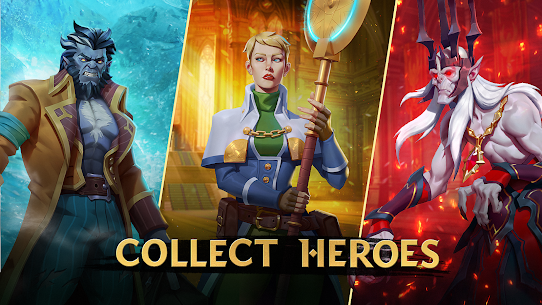 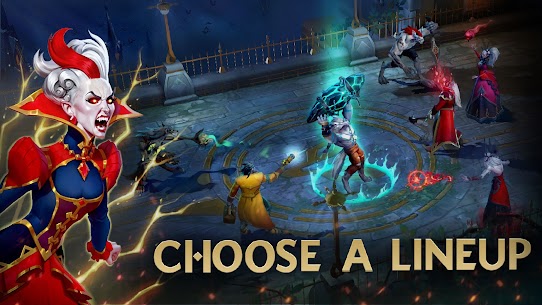 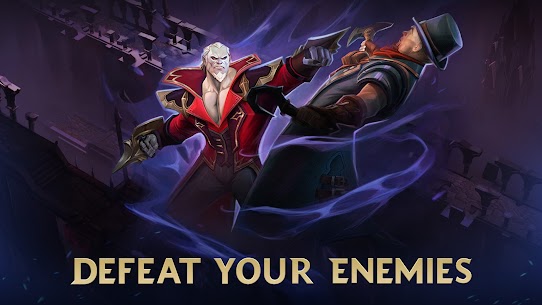 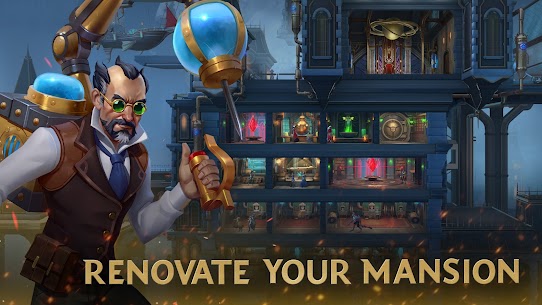